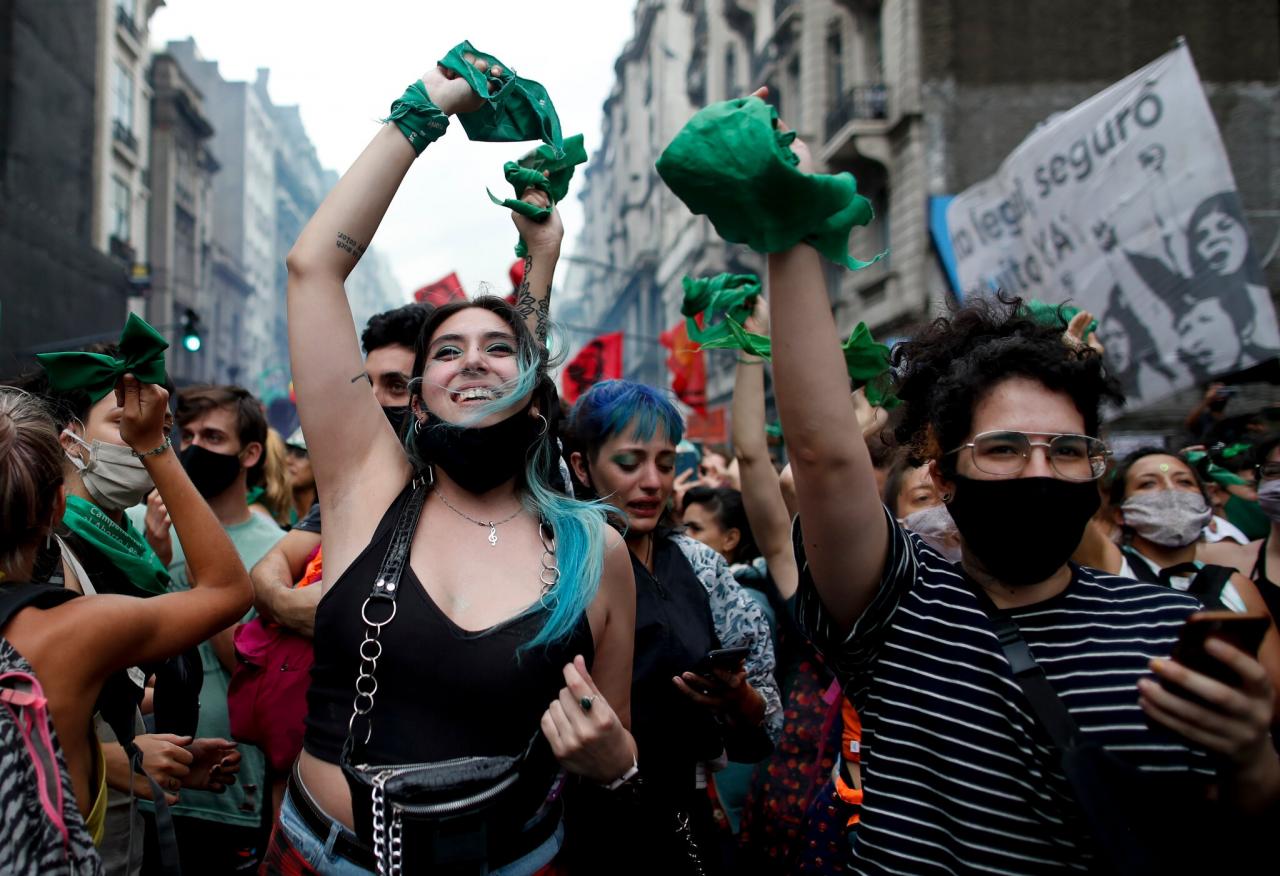 Argentina’s President Alberto Fernández has made the rights of women and of gay and transgender people central to his government, even through a recession and a pandemic.

BUENOS AIRES — Argentine lawmakers took a major step on Friday toward legalizing abortion and fulfilling a promise of President Alberto Fernández, who has made women’s rights a central tenet of his government.

The bill’s approval in Argentina’s lower house of Congress by 131 to 117 votes, after more than 20 hours of debate, was a legislative victory for Mr. Fernández, who has dedicated funding and political capital to improving conditions for women and for gay and transgender people, even as Argentina wrestles with the biggest financial crisis in a generation. The bill would still need to pass through the Senate to officially legalize abortion in the country.

“It’s a false dilemma to say it’s one thing or the other,” said Elizabeth Gómez Alcorta, Argentina’s minister of women, gender and diversity. “It isn’t as if you stop renegotiating the debt in order to pursue these policies.”

Argentina would become only the fourth nation — and by far the most populous — to make abortion legal in Latin America, where strict abortion laws are the norm and Catholic teaching has long steered policy.

Thousands of activists on both sides of the issue surrounded Congress from Thursday night into Friday morning, following the debate on giant screens.

They were divided into clearly designated areas depending on their positions. On one side, abortion rights activists turned their area into an open-air party, dancing through much of the hot summer night.

“I have goose bumps,” Stefanía Gras, a 22-year-old psychology student who stayed through the night, said after the vote. “I feel like we’re making history.” 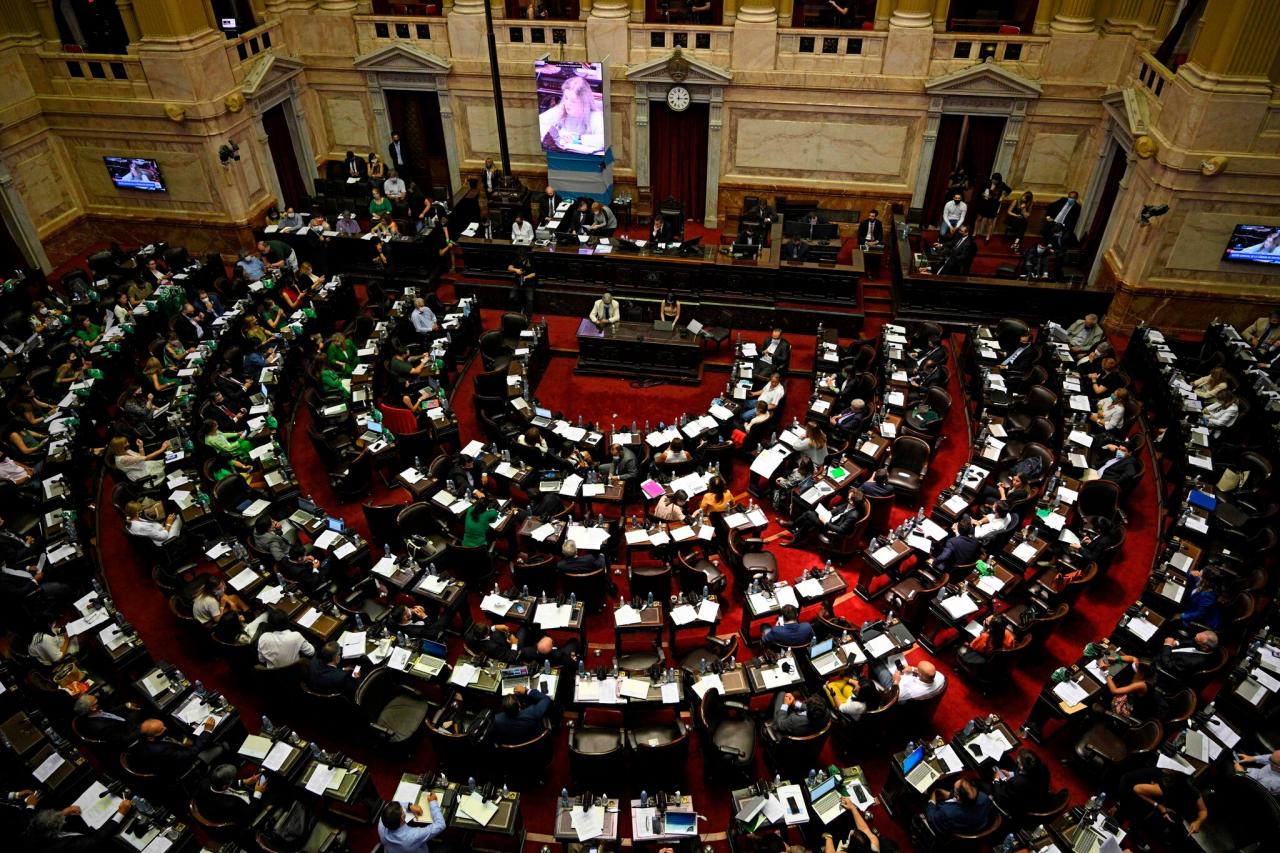 Another, notably smaller group opposed to legalization, held open-air prayers all night, though most recognized the bill was likely to pass as the morning light crept across the sky.

“I feel profound sadness,” said Paloma Guevara, a 24-year-old nutritionist who had a megaphone and rallied alongside anti-abortion activists all night. “Our hope now is the Senate, and the good thing is, we’re more prepared than we were two years ago.”

Mr. Fernández, a center-left law school professor, campaigned as a champion of marginalized communities, drawing a contrast with his wealthy, center-right predecessor, Mauricio Macri. He placed gender and sexual orientation disparity alongside social, economic and racial inequality and promised to tackle them.

But he took office a year ago during a deep recession, and the coronavirus epidemic struck Argentina within three months of his swearing in. The country imposed one of the world’s longest and strictest lockdowns, but still the virus spread, leaving it among the nations with the highest death rates per capita.

Despite these hardships, Mr. Fernández, 61, kept gender and sexual orientation parity a priority in his government, surprising even some activists aligned with his initiatives.

Earlier this year, the government created a quota system that set aside at least one percent of federal public-sector jobs for transgender Argentines.

“It really was something that surprised us all,” said Maryanne Lettieri, an English teacher who leads an organization that helps fellow transgender people find jobs. “I hope someday we won’t need quotas, but now we need them.” 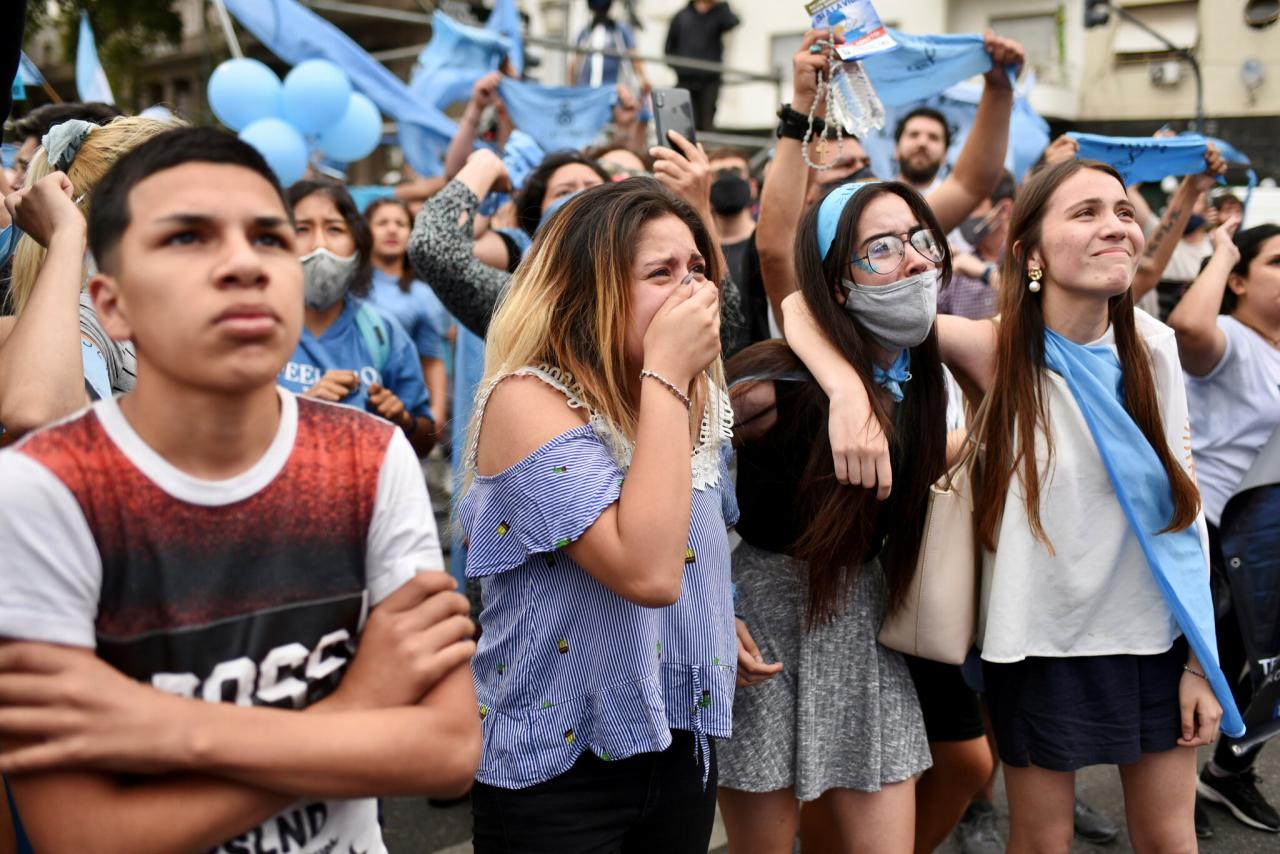 Anti-abortion activists reacting after the result of the vote outside the National Congress in Buenos Aires on Friday. Credit...©Reuters

Mr. Fernández’s 2021 budget identifies more than 15 percent of projected spending as going to initiatives that would further gender parity, including funding violence prevention programs, bringing women who were not part of the formal labor force into the pension system, and fighting human trafficking.

Mr. Fernández has also asked his team to avoid scheduling meetings that include only straight men. Since August, any audience of more than four people with the president should have women or members of the L.G.B.T.Q. community make up one-third of participants.

The emphasis on making Argentina more equitable as the nation grapples with inflation, rising poverty and a crushing debt may appear to some like a distraction, or a populist ploy by Mr. Fernández. Some critics, such as Patricia Bullrich, a former security minister who now leads the PRO party of Mr. Macri, have argued that, at the very least, “it isn’t the right time” to discuss divisive issues like abortion.

“I would work much more on the economy and people’s realities,” she said on CNN Radio Argentina. “I’d have other priorities.”

But government officials say they see investments in making Argentina a fairer country as part of the path to a more prosperous future.

“More equality and access to opportunities is part of the vision that we are pursuing in this government,” the economy minister, Martín Guzmán, said.

The abortion bill, which would make it legal to end pregnancies up to 14 weeks, is the highest-profile and most divisive part of that plan. 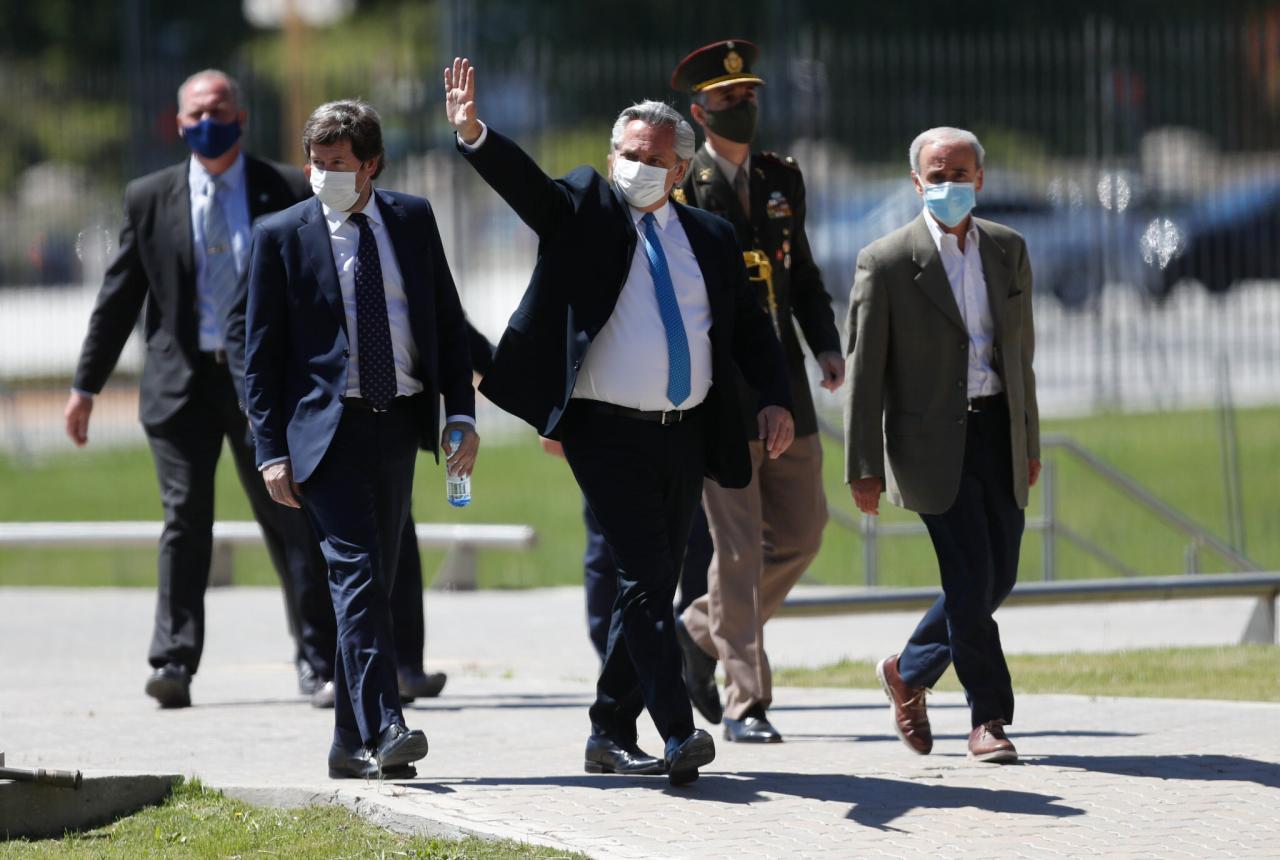 President Alberto Fernández of Argentina, center, campaigned as a champion of marginalized communities and has made issues around gender and sexual orientation priorities in his administration.Credit...©Natacha Pisarenko/Associated Press

Abortion in Argentina is now allowed only in cases of rape or if the pregnancy poses a risk to the mother’s health. In practice though, doctors, particularly in rural areas, are often reluctant to practice even legal abortions for fear of legal repercussions.

At least 65 women died between 2016 and 2018 from complications from abortions, according to a report by Argentina’s Access to Safe Abortion Network. In that same period, 7,262 girls from 10 to 14 years old gave birth.

Argentina came close to legalizing abortion in 2018, despite loud protests from the churches and from Pope Francis, who is Argentine. Mr. Macri, who was president at the time, said he opposed the measure, but urged allied lawmakers to vote their consciences.

Drawing a sharp contrast with his predecessor, Mr. Fernández submitted the bill to Congress last month conspicuously wearing a green tie, the color that has come to represent the effort to legalize abortion.

“I am convinced it is the state’s responsibility to care for the life and health of those who decide to interrupt their pregnancy,” Mr. Fernández said in a video posted on Twitter.

In doing so, he fulfilled a campaign promise that some reproductive rights activists feared would get lost amid the heavy toll the coronavirus and the economic crisis have taken on Argentina. The bill was unveiled as Mr. Fernández’s team struggled to renegotiate the $44 billion in debt it holds with the International Monetary Fund and to reopen a paralyzed economy.

Political analysts saw approval of the abortion bill in Argentina’s lower house of Congress, where most lawmakers made their position clear even before debate began, as a done deal. The biggest hurdle for abortion-rights activists will come in the Senate, where the measure narrowly failed in 2018, after facing strong opposition from senators of rural provinces, where the Roman Catholic and evangelical churches have greater sway. 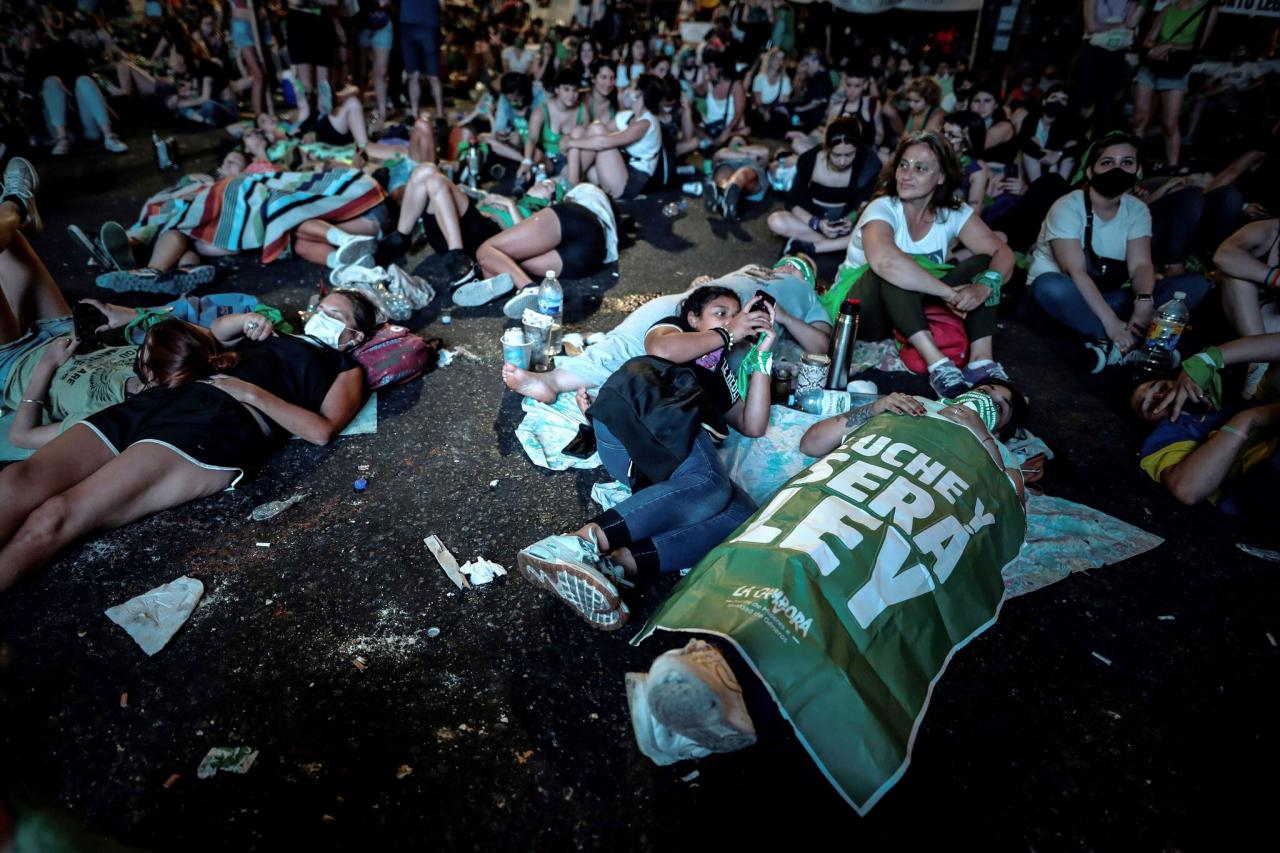 Women resting during an overnight vigil in front of the National Congress building in Buenos Aires.Credit...©Juan Ignacio Roncoroni/EPA, via Shutterstock

Despite the loss, the massive mobilization ahead of the 2018 vote, particularly by young women, galvanized a new generation of feminists in Argentina who have taken to the streets in great numbers to campaign for legal abortion and broader representation.

Legalizing abortion would fulfill one of the main demands of that movement, and hand Mr. Fernández his biggest legislative victory, giving further impetus to a national project that has already begun to reshape Argentina.

As the pandemic hit women especially hard, making them the majority among the newly unemployed, Argentina led the way as the country that has taken the greatest number of gender-sensitive measures to respond to the crisis, according to a database by the United Nations Development Program.

“In Argentina, the pandemic has fully exposed the inequality between men and women,” said Mercedes D’Alessandro, who leads the equality and gender department in the Economy Ministry. “Even with such an adverse context, this agenda has kept moving forward.”

Argentina’s increased focus on gender equality comes at a time when other countries in the region are also making sure women have a voice in government decisions.

In neighboring Chile, for example, voters in November approved a referendum to draft a new constitution which also required gender parity among the delegates to the constitutional convention. That will make the country the first in the world to have a charter written by the same number of men and women.

Yet few measures are likely to have as much regional impact as if Argentina joins Cuba, Uruguay and Guyana in making abortion legal. 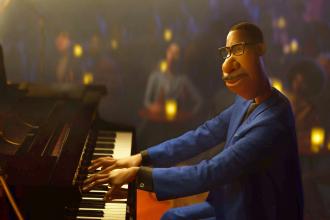 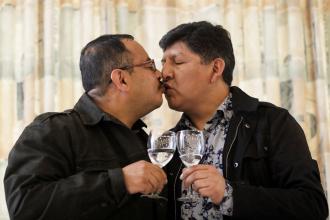 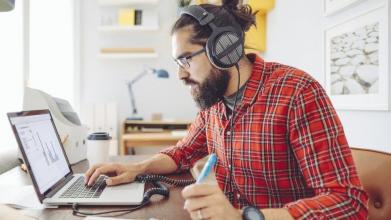 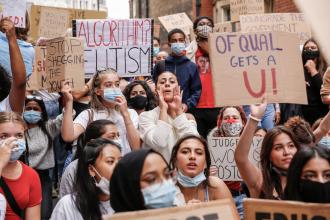 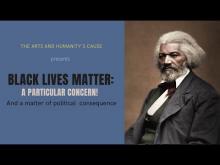 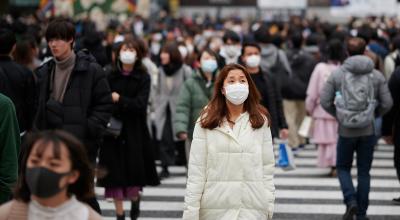