It is an irony, whether in politics, or wider culture, that not everyone who ought to, really fully appreciates that both literally and metaphorically, not everything is in black and white. Sir Peter Ustinov, in common with many who identify themselves, or should I say, ourselves, for I am one of them, as being in the broad centre ground, did get it. Indeed he said it. "Grey is a drab colour when compared to black and white. That doesn't lessen its importance. The truth is very often in the middle of things." He said, describing his adherance to what he called, "the central position." " No extreme fascinates me." was how he expressed his view precisely. I often put it like this, why should the answer to that which we do not like, automatically be the opposite of it, why does it have to be either or, why can't it be neither and something more?!

One such irony that plays against the stereotypes, is the way the British Conservative Party can lay claim to be the British Radical Party at times. Certainly it does little to conserve. The most radically different Prime Minister in terms of substance, in the modern era, in many ways,  good or bad, or both, depending on your perspective, was Margaret Thatcher. The most radically different in terms of style, whatever your perspective, is Boris Johnson! By all means these are two Conservatives. I am not sure they are very conservative, however. It is a little like the wizard referred to as Oz, that is, the great and terrible, and it is certainly one of, if not, the  oldest of democratic parties in the world. It is a shape shifter, that which, in changing, adapting, it conserves above all, is itself. It survives even when it fails, which it does, often,  and it thrives especially when it wins, something it also often does! It even goes so far as to be positively, though rarely, progressive, rather than conservative, on at least one  thing that is of great interest to our efforts here, on the Ustinov Prejudice Awareness Forum. It is with regard to the numbers of women and ethnic minorities, who over the years and more recently particularly, have risen to the top, within its ranks.

The party that had the United Kingdom's  first woman Prime Minister, in Margaret Thatcher, followed more recently by its second, Theresa May, looks about to have its third, in Elizabeth, or Liz Truss. If she becomes leader and Prime Minister, in a few weeks, something the polls are finding most likely, she would have done so, in a gradual asent, that leaves behind some of the most politically conservative of Conservative politicians, some of whom are from ethnic minority and immigrant backgrounds, politicians likely yet, to be in the political foreground. Here indeed is an irony, the most conservative are, in that ,  Conservative Party, today, as likely to be black, as white, and a person of colour. All the while, that the opposition Labour Party, has yet to have had a woman leader!

It was not ever thus. Once upon a time, over fifty years ago, the most conservative of Conservative mps, found its expression of a type of conservatism exemplified by or embodied in the person of one Enoch Powell. Powell was, in 1960's Britain, both very typical, and highly atypical of his time. A veteran of the second world war, this man of the people, in terms of his apparent kinship with his constituents views, was a classical scholar and a powerful orator. Having served in previous Conservative governments as a  Minister, he was, in 1968, an official Opposition spokesman for his party, Britain, then having a period of Labour government. As a result of the immigration from the ex Empire, now, Commonwealth countries, during the post war era, the increasingly prevalent, though numerically, minority, ethnic population, were the subject of mixed reaction to this new mixed race UK. Where caution, at worst, might be expected, but support, at best, might be needed, Powell waded in with one speech that shook the issue and caused a political earthquake. It was to become known as "the rivers of blood speech."

Enoch Powell claimed he was no racist. Indeed his view was, because of his upbringing in colonial India, he was the reverse of racist, for his view of Indians was he placed them on a higher scale to his own white race. But his speech in effect, specifically targeted the immigrant populations as being so, to use a modern description, "other," no amount of explanation or amelioration could alter it. The tone was indeed worse than the tribalism, but tribalism was there within its heart. And therein is the word most relevant, heart, for, in speaking from the heart, with such feeling, such staunch and angry concern, one man with one speech caused a lot of suffering. It was a total condemnation of the level and pace of what was referred to by him and many then, "coloured immigration." So certain was he that the country could not cope, he advised and spoke for, repatriation, voluntary and paid, to encourage many immigrants to leave. He quoted constituents who were convinced that the country was going to become a majority black country. Years before the Great Replacement Theory would become a topic of debate more commonly, here it was, presented by a mainstream conservative. The description "rivers of blood", was an in his case not surprising Latin reference, to Vigil who wrote in the Aeneid, Powell said in it, with regard to the effects of immigration, " As I look ahead, I am filled with foreboding, like the Roman, I seem to see the River Tiber foaming with much blood."

Edward Heath, leader of the opposition and future Conservative Prime Minister, sacked Enoch Powell, and never spoke to him thereafter. Many in that party felt as did Heath. But after that speech, many Conservatives and conservatives not in that party, supported Enoch Powell. But the future of the United Kingdom did not flow with blood, as a result of ethnic minority immigration. Terrorism in the UK, was far more prevalent as a result of age old enmities in Ireland. Communities might have changed, but they did so largely peacefully. Culture remained often cohesive even as it also became more diverse. Troubles have arisen, but they have been regularly and can be gradually solved. Voices have come and gone, of negativity and disharmony, but have been drowned out by voices of energy and unity. No fool would be foolish enough to say that immigration does not come with issues that are challenges and problems that need solutions. But it would be worse than foolish to be peddlers of negativity and misery in a multiracial country and a multcultural society.

In the recent Conservative leadership election, fully half of the candidates, members of parliament, members of the Conservative Party, were of ethnic minority lineage. These include Cabinet Ministers. In a near final irony of his controversial political hegemony, Boris Johnson can be remembered as the Prime Minister who appointed more ethnic minority ministers than any predecessor.

Amongst the rising stars of the Conservative firmanent is one especially conservative. Tipped as a potential future leader and Prime Minister, having served as a  minister, not without controversy, an Equalities minister for example, who favours the views of majorities on issues like trans rights, more than minorities, Kemi Badenoch is not universally popular. But when one could say, were politicians ever thus? What this young and opinionated woman shows is irony personified. Here we see not everything is black and white, as it so appeared in the era of Enoch Powell, there must be room for grey and even greater colour. To his admirers and his critics, and they were and are many, there was Good Enoch, and there was Bad Enoch. The irony is in the name. For it is Kemi Badenoch who might lead us to conclude that in his views or style if not in his character or his substance, he was Bad Enoch. For that a Conservative woman can emerge, in a contest in which the remarkable extent of minority representation, went almost unnoticed, in the multiracial Uk that Enoch Powell so dreaded and criticised, is the proof that he was wrong. 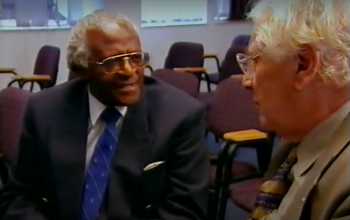 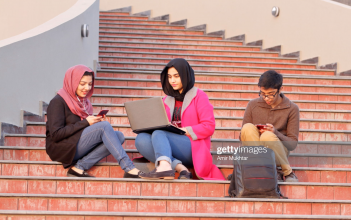 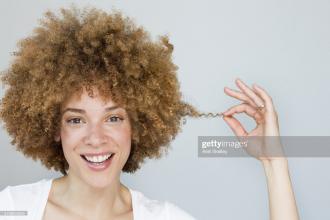 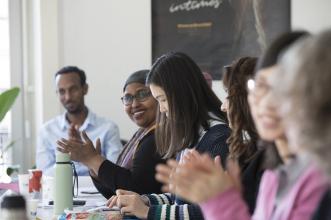 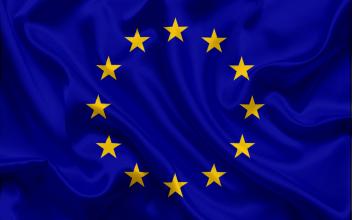 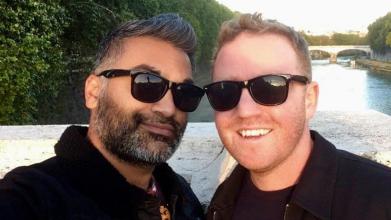